Limerick Racecourse looks set to play host to a Christmas cracker after the entries came through for the Matchbook Betting Exchange Novice Chase.

Fakir D’oudairies and Samcro look set to renew their rivalry after meeting at Fairyhouse last month. The pair were locked in a thrilling duel when Samcro fell two out, handing Fakir D’oudairies the race. Willie Mullins is responsible for 13 of the 34 entries in the €100,000 contest – including Faugheen, Laurina and Melon.

Former Champion Hurdler, Faugheen made a winning start over fences at the ripe age of 11 last month and would be a fascinating runner as he looks to prove as adept over fences as he was over hurdles.

Fakir D’oudairies and Samcro are entered into a potentially thrilling Christmas duel at Limerick.

The Novice Chase was elevated to Grade 1 status last year and was won by the Gordon Elliott trained Hardline who beat hot-favourite Getabird and punters believe that Gordon Elliot could win the race for the second year running with Samcro appearing at the head of the market. Matchbook Betting Exchange, who sponsor the race, have a market up for the race with Samcro currently trading at 1.94.

“We are delighted with the calibre of entries for the Matchbook Betting Exchange Grade 1 Novice Chase on Stephen’s Day. It would be great to see a rematch of Fakir D’oudairies and Samcro so soon after the Drinmore Chase at Fairyhouse earlier this month; add in Faugheen who has form here at Limerick and this could be the race of the season.”

“We are thrilled to be sponsoring at Limerick once again and particularly in such a highly anticipated renewal of the Grade 1 Matchbook Betting Exchange Novice Chase.” 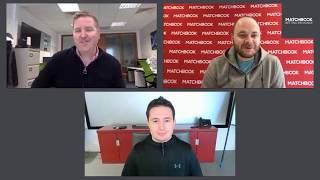 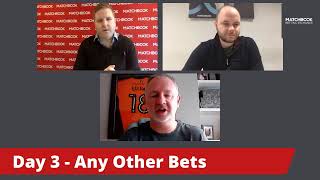