Mark O'Haire - A Pair Of French Fancies This Weekend

Football betting analyst Mark O’Haire returns to share his favourite fancies from the weekend’s European action with a focus on Ligue 1.

The game of the weekend in France arrives on Sunday night as Cote d’Azur rivals Nice and Marseille meet at the Allianz Riviera in what’s expected to be a lively affair. The two clubs have been active in the transfer market and have made unbeaten starts to the new Ligue 1 campaign.

This will now be an interesting yardstick to see where they’re both at.

Nice are now under the tutorship of Lille’s title-winning coach Christophe Galtier. Renowned for his organisational skills, the highly-rated boss has overseen back-to-back clean sheets against Reims (0-0) and then his old club Lille (4-0) last weekend.

However, Les Aiglons have looked an exciting proposition in possession and have bundles of final-third ability.

Fresh from title-winning success at Lille, Christophe Galtier takes the reins at Nice.

Summer signings Mario Lemina and Pablo Rosari provide a great foundation to work from, with Kasper Dolberg returning to a starting berth with a major impact against Lille up top. Ably supported by Amine Gouiri, Nice can also call upon the quality of wideman Justin Kluivert too, suggesting they’re well-equipped to cause defences problems.

Galter’s group look a touch underrated in the pre-match markets, considered outsiders coming into this encounter.

But a better angle in could be to support goals, with Both Teams To Score available to support at a reasonable 1.8

Marseille were fortunate to sneak a 3-2 success at Montpellier on the opening day – coming back from a 2-0 deficit – but Jorge Sampaoli’s side were out of luck last weekend when coughing up their own 2-0 advantage against Bordeaux.

Both matches were reasonably chaotic in nature, and goalmouth action was plentiful.

Konrad de la Fuente and Cengiz Under have made immediate impressions from the flanks, and Dimitri Payet has produced match-winning displays.

Nevertheless, this Marseille team aren’t quite the complete package, and I’m happy to steer clear of OM, instead continuing a profitable approach with goals when Les Phoceens are in action.

Jorge Sampaoli Marseille tenure to date has been one filled with plenty of open games!

Under Sampaoli, Marseille have delivered BTTS pay-outs in 10/15 (67%) fixtures, scoring in 12 and keeping just two shutouts, with seven of the most recent 12 concluding with Over 3.5 Goals. The Argentine coach will ensure his team takes a front-foot approach, and matches between the two Riviera rivals have tended to produce plenty of goals.

Indeed, seven of the most recent 10 match-ups between the duo have paid out for Both Teams To Score backers, with the same figure also copping for Over 2.5 Goals hunters.

Despite fielding a similar XI to last season’s title team, Lille have found the going very tough as they begin their Ligue 1 crown defence.

Fortunate to earn a share of the spoils against Metz in their curtain-raiser, Les Dogues were then dismissed 4-0 by Nice, where the final score probably could and should have been a lot worse than it was.

The aforementioned Christophe Galtier departed in the summer, and the uninspiring Jocelyn Gourvennec was the surprise choice in the dugout as his replacement.

Thus far, the new boss has been unable to get a handle on the LOSC squad; last season, Lille conceded three goals in a game just once – they have already done so twice this term under Gourvennec. 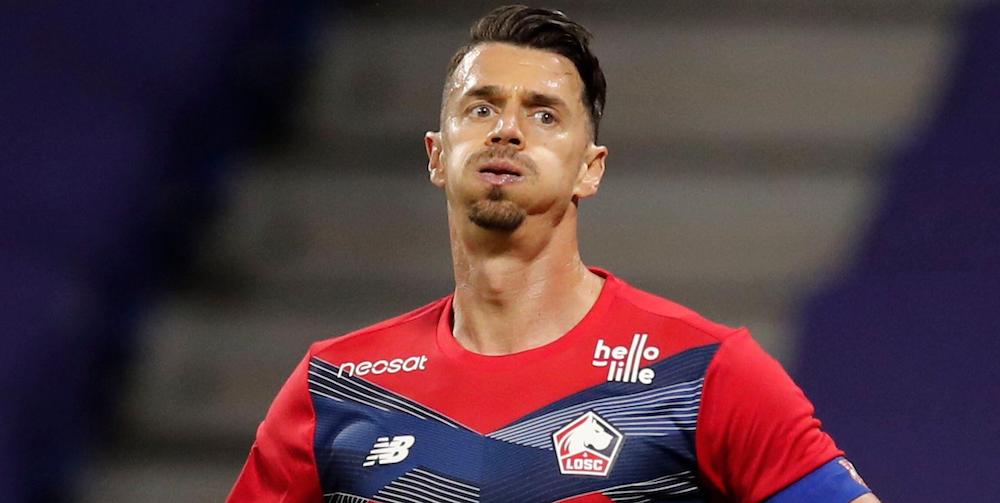 It’s been tough sledding for Jose Fonte and his Lille teammates this season.

Right now, Lille look like a team that’s opposable, and Saint Etienne could be tricky opponents on Saturday.

Les Verts played their part in an end-to-end encounter with an energetic Lens outfit last time out (2-2) and held Lorient to a 1-1 draw in their first fixture.

Puel’s hit par in his 60-game Ligue 1 stint with Sainte, although the former Southampton supremo is hopeful of engineering a solid mid-table finish from Les Verts this time around. Early signs this season suggest it’s more than plausible, and picking up at least a point from Saturday’s showdown should be well within the hosts’ reach.

With Lille unbackable, Saint Etienne +0.25 on the Asian Handicap at 1.85 should give us a good run for our money.