Mark O'Haire: Going Outside The Top Leagues With Bets In Switzerland & Turkey

Football betting analyst Mark O’Haire returns from the International break to share his favourite fancies from the weekend’s European action with a pair of plays from Switzerland and Turkey.

Swiss Super League leaders FC Zurich returned to winning ways before the international break, picking up a welcome 2-1 triumph at Young Boys to fortify their 12-point advantage at the summit as we turn for home.

Chasing a first domestic league title since 2009, Andre Breitenreiter’s boys have posted a super-strong W15-D3-L1 going back to October.

FCZ were turned over 3-0 by in-form St Gallen in their most recent outing at their Letzigrund base, yet the surprise pacesetters have proven good value hosts this term. That recent reverse is Zurich’s only defeat here (W10-D2-L1), with the table-toppers smashing in 33 goals in those 13 home outings and regularly winning the Expected Goals (xG) battle.

The St Gallen clash can be treated largely as an anomaly. It was only the second time this term that Breitenreiter’s outfit failed to score, with FCZ striking twice or more in 19/27 (70%) of their overall Super League matches, averaging 2.26 goals-per-game. 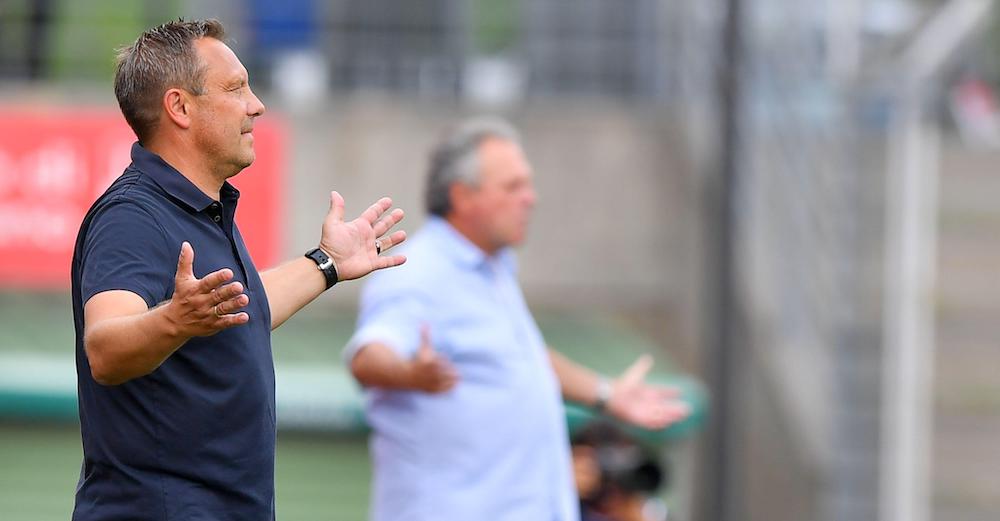 Aside from their shock defeat to St Gallen, Andre Breitenreiter’s side have been shooting the lights out in recent weeks.

Grasshoppers arrive at Saturday’s derby with five straight losses and seven defeats in nine following the winter break (W1-D1-L7) to slide down the standings.

Head coach Giorgio Contini is under pressure to arrest the concerning streak with GC leaking 18 goals in the aforementioned nine-game sample, failing to score in three of four away.

The two teams met as recently as February, with Zurich running out 3-1 victors away at Grasshoppers, and FCZ have now picked up seven points from three head-to-heads with GC this season, netting eight goals in the process. Those positive results tie in nicely with the home team’s ultra-consistent return when taking on the ‘best of the rest’.

Exclude encounters with Basel and Young Boys, and FC Zurich have taken top honours in 16 of their 21 such Super League outings, racking up 50 goals.

That firepower could prove decisive against a Grasshoppers rearguard that’s recorded just three clean sheets and given up 1.70 goals-per-game on average, in line with their 1.67 xGA figure this campaign.

Therefore there’s enough evidence to suggest FC Zurich can dispatch their near neighbours and justify their odds-on status.

Backing FCZ to win is our preferred play at 1.77.

A rare trip to the Turkish Super Lig on Sunday where high-flying Alanyaspor appear a little too big to ignore when taking on struggling Rizespor at the Bahçeşehir Okulları Stadium.

The home side sit fourth after 30 rounds of action and are chasing a European qualification berth between now and May. The prospect of Champions League football isn’t entirely over.

Alanyaspor have remained reasonably consistent of late, collecting W6-D2-L2 in their most recent 10 tussles, losing only to big guns Fenerbahce and Trabzonspor.

The Alanya outfit have proven strong operators against the lesser Super Lig lights, posting W9-D3-L2 when taking on bottom-eight sides this season, and Francesco Farioli’s troops have a cracking eye for goal too.

The hosts have netted in all bar five of their 30 fixtures, averaging 2.07 goals-per-game, boasting the the fifth-best Expected Goals (xG) in the process.

Francesco Farioli’s side are gunning for a Champions League spot!

There is a 23-point deficit between Alanyaspor and their opponents on Sunday, and the quality difference can also be seen in the relevant performance data.

Rizespor sit second-from-bottom in the league table yet prop up the xG and Expected Points (xP) rankings, with the bulk of their negative numbers stemming from their rotten away record (W0-D3-L11).

Bulent Korkmaz was brought in at the end of February in the hope of turning the tide, and whilst Rizespor turned over Trabzonspor last time out, the visitors have been beaten 4-2 and 3-1 in their previous two away days – the guests have now shipped two goals or more in 11 of their overall 14 away matches. They have fired blanks themselves on eight occasions.

Considering that the average odds for home Super Lig teams taking on Rizespor this season is 1.66, with nine teams going off shorter than 1.73, I’m more than happy to support the hosts here at the 1.73 mark.