The draw for the opening round of the Matchbook Betting Exchange Irish St. Leger took place this morning live on the Limerick Greyhound Stadium Facebook page, and it has thrown up some brilliant tussles with numerous feature race trackers going head-to-head.

Due to the large number of entries received, 105 in total, there will be six opening round heats this Thursday, with the remaining ten heats scheduled to be run on Saturday night.

It won’t take long for the Leger to catch fire as in heat six, Irish Derby runner-up Singalong Sally will take on defending champion Epic Hero, while former English Derby winner Deerjet Sydney will also line up from trap three. Throw into the mix the hugely fast Romeo Magico, and this looks like the stand-out heat of the opening round. 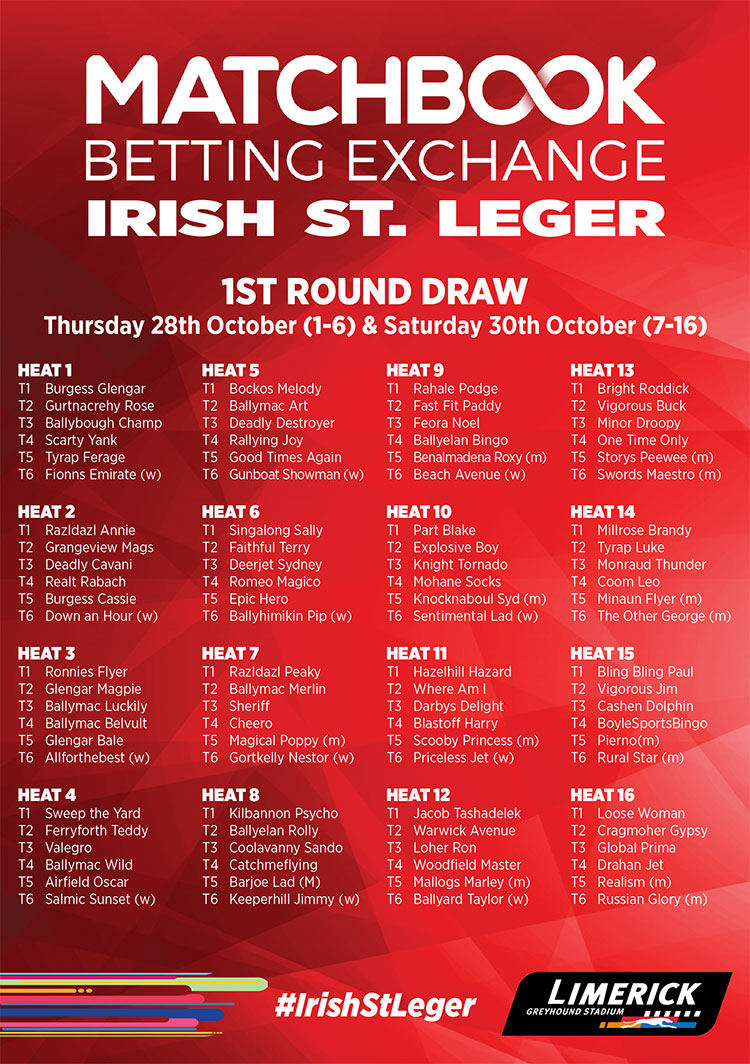 Heat ten promises to be another cracker as Pat Guilfoyle’s Explosive Boy lines up against Knocknaboul Syd and Knight Tornado, while in the following heat, one of the fastest females in training, Scooby Princess, takes on Corn Cuchulainn winner Priceless Jet.

Thomas O’Donovan will be hoping One Time Only can bring his Classic winning form to Limerick this weekend. His Laurels champion should all the beating in heat thirteen where his main rival will probably come in the shape of Storys Peewee, who was an impressive winner at the track last weekend.

All in all, we are in for a feast of top-class racing at Limerick over the next number of weeks!