Some crossbars hit on Day 2 at York with Astro King and Desert Dreamer making the frame but delighted my best bet Harrow went in at 7.0. As for Friday, it’s a superb looking Nunthorpe with Wesley Ward’s speedball Golden Pal making the trip over and drawn against the far side rail. That is where we start…

The top three in the betting get the vote, so you’ll have to decide who makes the strongest argument. Deasy makes Winter Power his best bet of the day. Both he and I want to play one in the place market too.

A competitive handicap and one which Steve argues has little pace on which should suit Johnny Drama. That’s partly why I make a case for State Of Bliss, but I think the favourite is a fair bet. Deasy sticks up a couple at chunky prices.

New to Matchbook? Get 0% Commission on ALL SPORTS for 30 days by using Bonus Code INSIGHTS. Click on the below banner for further details: 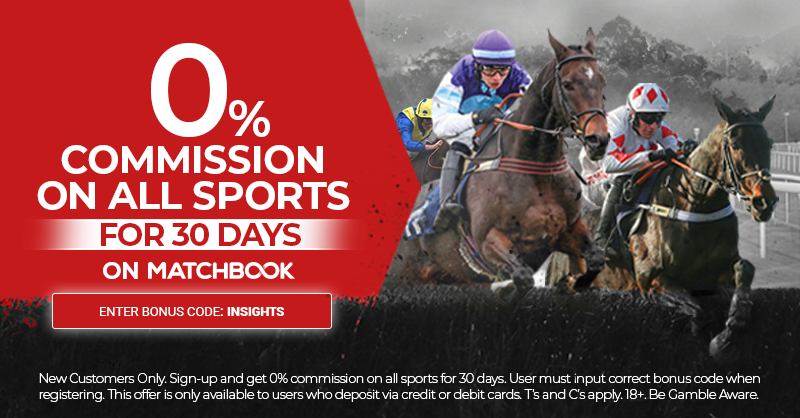 I’m sitting this out for all I’d side with Stradivarius if pushed. That’s where Steve is looking, and he makes a fair argument that the horse is far from past his best. Deasy is very much against the favourite.

Steve and I make Lusail best bet material off the back of his Newmarket run, which has seen the form franked. Deasy is keener on the price about Fearby.